October 2022. October 21st at 12pm I’ll be releasing “Northern Lights”. And thank you for watching.❤️

September 2022. Well. I know the secret of life now. Actually no, kidding! I’m so inspired and ready rock, I’ll be putting all of this yummy. delicious, gorgeous stuff that I’ve learned into one of my projects…but for now…I’ve written a song about the war and I’ve already shot a video for it. That’s the least I can do.

July-August 2022. I’m ready for a much needed break. Going to a spiritual retreat run by Zen Monks. I need a new take on life; new perspective.

May-June 2022. Putting last touches on “Sins of our Fathers,” and planning to wrap in June. Every set, doesn’t matter big or small is a sanctuary for magic and my my endless source for inspiration. Thank you Ashley and the team to let me be a part of it!

April 2022. I’m not gonna wait till this insanity is over and will be releasing “The Milky Way” this month. Its about love, life and everything in between. You can find my usual duo (a single and a music video for it) on my YouTube. I’ve also signed with ATM, a bicoastal talent management group and so looking forward to our journey together!

March 2022. “Sins of our Fathers” shoot is in a full swing and I’m loving every minute of it! Also I’ve created a “Meditation for World Peace” YouTube video in attempts to stop mass hysteria and consciously align ourselves to life and peace.

February 2022. I’m shattered by what’s happening in Eastern Europe. I was born in Russia and my grandparents were Ukrainian. These two nations were always the one to me and watching Putin’s aggression under a slogan of “saving” Ukrainians makes my heart bleed. I’m praying for peace every day and doing everything possible to bring nearer that day when this crazy dream is over. I’m postponing the release of my new single and a music video “Milky Way” till the further notice.

January 2022. Happy New 2022 everyone! Wishing everyone a very productive and joyous year! For me it started with being cast in “Sins of Our Fathers,” a short by Ashley Marzulla that she wrote about her father and his tragic struggle with addiction. I play a part of his second wife.

The shooting will start in February. Meanwhile we are adding the final touches to our music video for my new single “The Milky Way” that should be released in March.

November-December 2021. We are resuming “The Fedot’s Tale” performance at the Pushkin Hall this time in a memory of our dearest Olga Slavina that we’ve lost this summer..Its really hard to believe that her inexhaustible fountain of energy and creativity is no longer with us. She really wanted to bring it back on the stage after the pandemic, and here we are, doing it. Only without her.😞😢

Also I happened to write two more songs during this end of the year. One was about a parental love and another is about….the pandemic and what we are going through recently. The latter is still in production and I’m taking my time with that. Stay tuned and I’m wishing everyone an amazing, joyful and healthy Holiday Season!

September-October 2021. These couple of months we were producing and shooting my new music video for “The Milky Way” I wrote back in 2020. The shoot was done at the fabulous El Mirage Dry Lake, CA that looks like a different planet under No-Name Production and directed by talented Bell Soto. Bell is a Peruvian director/fashion photographer with a sensitivity of a hundred people. I absolutely loved working with him and honestly every time a shoot is over I feel a little bit richer. I’ve just met and worked with another amazing visionary and I’m proud and excited about the work we’ve done❤️.

​️August 2021. This month was a whirlpool of finishing up “Agent Zero” and auditioning like crazy. ❤️🙏.

June-July 2021. We are in a thick of depicting our post pandemic reality with all its consequences in a heightened way with a bit of a sci-fi twist. We don’t have a big budget and the nights are often long, but we have plenty of raw talent and love for what we do, that’s for sure! ️

April-May 2021. So excited to be back on a set😁..! I was cast as a female antagonist in a short by Jonas Correia “Agent Zero” that will be filmed here in NYC and Brazil. Even though i wont get to go to Brazil, Ill be more then happy to explore and work on my part as a lead villain. Updates are followed!

March2021. I’ve just signed with Metropolis Artists Agency (MAA), Film/TV agent based in NYC who represents musicians as well! Im so ready for a new chapter in my life🙏.️

February 2021. Since the pandemic is almost over, I need to regroup and rethink whom do I want to work within the near future. 2020 brought losses and changes to everyone’s life and I’m no exception. Even though I’ve met amazing artists last year, I lost some as well and that’s including my acting agent.. RIP dear Ann Steele, we’ve parted too soon💔.️

January 2021. Our latest music video for my next single “Be Gone” is out! Directed by talented Nihat Odabasi, produced by NoName Productions, music by Eren Cannata and lyrics by myself. You can find it in my “songs’ section or on my Youtube here: https://www.youtube.com/watch?v=86EPNPsEYPY️

August-September 2020. Things are slowly getting back to “new” normal.. “Back to new” ..I guess I’ll keep that line somewhere in my next project)
We are gearing up for a shoot of a music video for my new song “Be Gone”. Very glad that auditioning process is resuming as well!️

May-July 2020. My only news for this quarantine time is that I wrote another song “Don’t Let Go of My Hand” in collaboration with Tom White. ️

March-April 2020. During these unprecedented time, creating is like air to me, so i can keep my world normal, probably that’s why I wrote two songs at once “Be Gone” and “The Milky Way”. Not sure what will be next, just praying for our planet to get better soon. My film shoot “Tapestry” got postponed till further notice.. Please take care of yourself and your loved ones! See you soon❤️

January-February 2020.
I’ve launched my Youtube channel! So hopefully this way I can communicate better with artists, musicians, actors and all art lovers on slightly bigger scale.. Now you can find all my songs there, including my latest -“Dame”. Produced and directed by Quillfilm Productions, music by Eren Cannata, lyrics by myself. I’m also intending to post lots of behind the scenes videos, my current challenges in film or music, and whatever else pertaining to my artistic projects.️

December 2019. We are moving fast, our song should be out by holidays! Hopefully we delivered the message of the song through the story.. and I just found out I got a part in a feature “Tapestry” with Chris Bergoch and Jesse Heninger, details will follow..

November 2019. This month is all about a production of our next music video for “Through My Veins” song. Even though producing my own films is only in the future, I can’t tell you guys how much I’m learning just by being behind the scenes: casting, locations, wardrobe etc. This process is amazing and I would recommend every actor to do his own material just to get your creative juices flowing..in my case its music videos for my songs for now🙃🙂

September 2019. Feeling like a kid in a candy store:-))) I’m about to finish writing my second song! Writing songs in English is something I started this summer and I’m a bit annoyed with myself about the fact that it took me almost 20 years (moved to the US in 2000) to start expressing myself in my second language . Now I truly know how it is to fly…!

August 2019. We are shooting “Somewhere Near the Stars” this month. A short by talented Alex Coindreau, about parallel universes and how, by a failed scientific experiment, two people swap their lives. My role is of Elizabeth, a wife of a high school teacher, who goes through a hard time with her husband.

June, 2019. Moving forward with my artistic endeavors, I’m a full on producer for a music video for “Push/Pull” song this month. Super excited to take new heights with the best team ever! Also, I’ll be playing the lead part that will start shooting somewhere in July.

May, 2019. This spring season is about music for me and here we come, our second song “Push/Pull” will be released at the end of this month! The same team, but different topic of course, it’s about heartbreak and disappointment, and how we deal with that.

March, 2019. I’m so excited to share my first song “Save It All For You” with you guys! As everything else in the industry, it was a collaborative effort of several awesome individuals: Eren Cannata/Songwriter, John Arbuckle/Sound Engineer, and Richie Cannata, the owner of Sound Cove Studios, who made everything possible. The theme i picked is very dear to me, just like probably to all of us, its about faith. I did a singing part.

March, 2019. “Gauguin”, a short by Andrew Golden. Played the lead part of Olga Dombrowska, a native from Cherkasy, who changes someone’s life in a matter of hours. Performing in Ukrainian was a treat, and i truly enjoyed working with a talented bunch of creatives.

January 2019–  Excited to announce my first Russian speaking role in a hilarious stage production directed by Olga Slavina “Fedot’s Tale” that will be opening in February. I’ll be playing a tzars nanny and a confidant in all his political and not so political affairs. Would love to make you laugh!

November 2018 – What a fulfilling and inspiring month! After two and a half months of rehearsals and 11 shows back to back, I’ve learned that its absolutely  possible to feel recharged after an emotionally draining role.

“Natalia Volkodaeva’s Andomache, widow to the great Hector and mother of Astyanax (five-year-old Naya A. Desir-Johnson), is wrenching in the transition from joy at the company of her son to horror when he is ripped from her for execution.” NJ.com

October 2018 – My first day of October started with a job I was dreaming about for quite a while: a voice over in a cartoon. The name is “Bullied in a Dog Park” and my part is of a French bulldog who has a French accent. I’m having a blast!

August 2018 – I was delighted to find out that I was cast in a theatrical production “Trojan women”, directed by talented Olga Levina. I will be playing the role of Andromache. Please come and see us in November!

June 2018 – I truly enjoyed sharing about a life of an actor with FFTV/Film and TV Entertainment database that focuses on independent projects. https://www.filmfametv.com/interviews2

May 2018 – “Heart & Soul” independent film by Kat Gueli. I was fortunate enough to play a lead part of Mary, a single mother, fighting depression and doing her best to survive.

January 2018 – “One Hundred Years of Solitude”, a mini stage production directed by Aleksey Burago at the Russian Theater Lab. My role was of Pilar Ternera, a free spirited Tarot reader i totally fell in love with.

June 2017 -“Discarded”, a short by Keith Massey. I was cast for the role of Madam Rose, an absent mother who meets her son 17 years later.

July 2017 – “Big Dogs” by Adam Dunn Drama TV series, that reflects an alternate reality of the NYC black market and drug trafficking through the city taxi cabs. I had a blast playing Dagmar – cold, calculating Polish immigrant making her way in NYC.

January 2017 – “Swipe Right” by Dan Reisinger, a hilarious web series about dangers of modern dating. I was cast for the role of a not very social neither helpful Nurse in a gynecologist office. 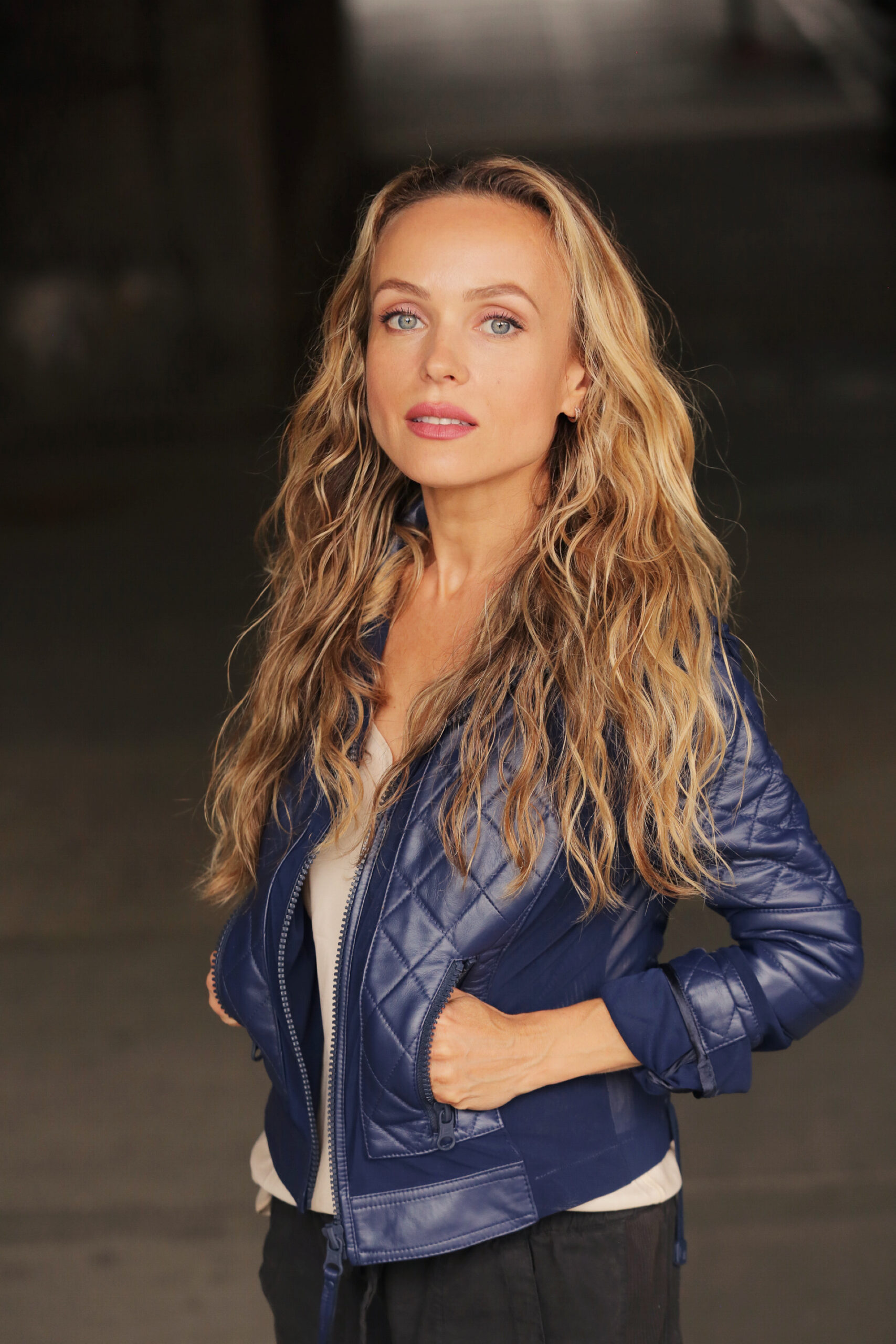